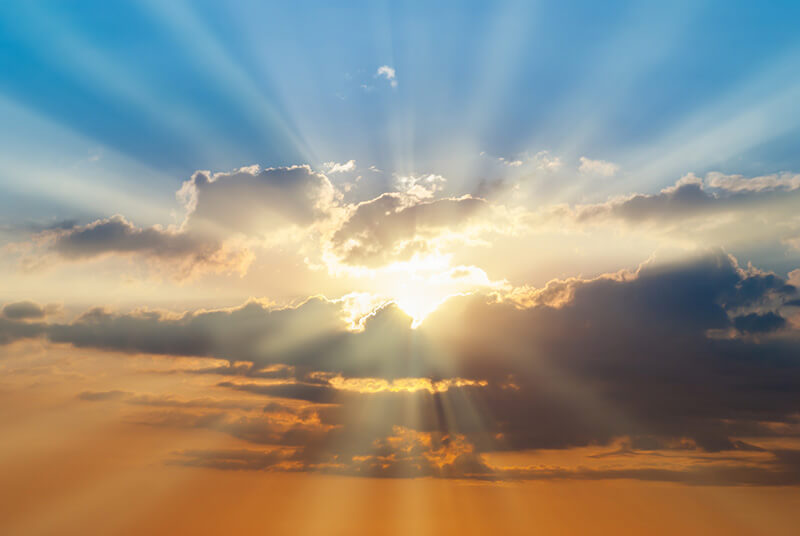 As the weather is one of the single most important factors when planning when and where to take your holidays, it’s important that you have all the weather facts to make an informed choice. Unfortunately, like everywhere in the world weather patterns have changed and become more unpredictable, but the following is a month by month guideline to what you can likely expect. The one thing you can be sure of, Koh Samui is always warm and the humidity remains high all year round ensuring you can leave your cold weather gear at home!

In January you can look forward to sunny, balmy days as it’s the coolest month of the year. The days are warm and the sea is refreshing and the Christmas revellers have returned home. The average daily temperature is a pleasant 26°C with clear skies and sunshine and little chance of rainfall. It’s peak season on Koh Samui so expect it to be busy in the main resort areas and prices to reflect this, but the island is big enough and the sun is out so all is good in the world! If you are a keen diver or snorkeler, this is one of the best months to visit as seas are calm and the visibility is good. 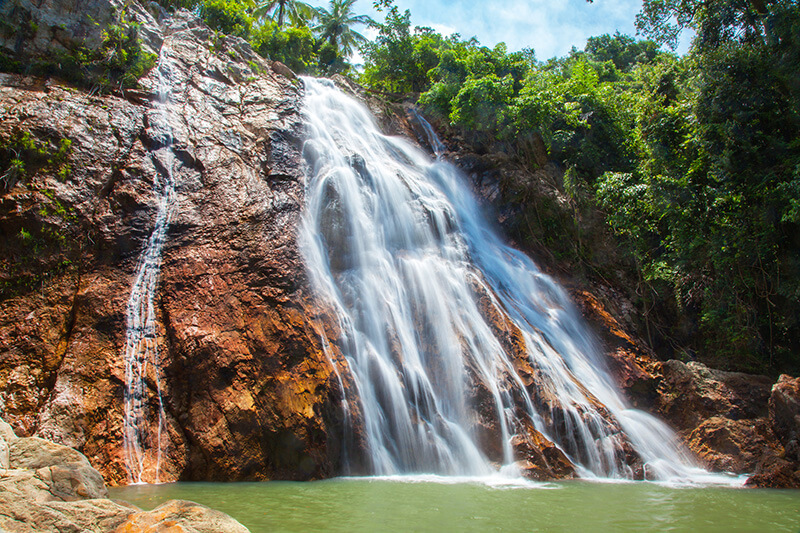 Like January, February falls in the dry season on Koh Samui, with an average of 8 hours of sunshine a day, it’s the perfect month for the sun seekers. The temperature keeps a “cool” 25°C to 28°C but be careful in the mid-day sun – it can be deceptive. Make the most of your holiday by getting out and about whether it be by the villa pool, exploring the island or taking a boat trip – get your vitamin D dose! 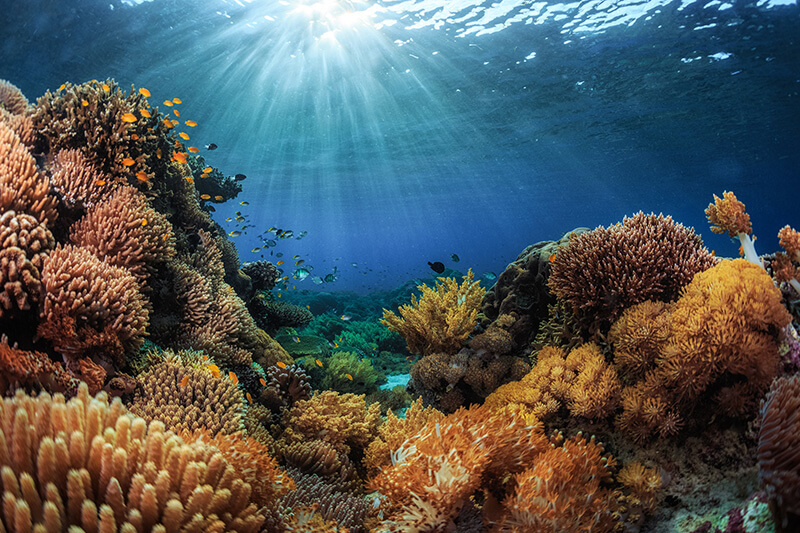 Things start heating up again in March as Koh Samui enters the hot season and with sun-filled days, it’s one of the best months for the sun worshippers to visit the island. The average temperature is 29°C with high temperatures reaching around 31°C and warm 28°C sea temperatures. Historically, March 16 is the clearest day of the year to make the most of it as winter at home recedes to a distant memory! The Gulf of Thailand is calm, visibility is high and there’s an abundance of sea life and colourful reefs. 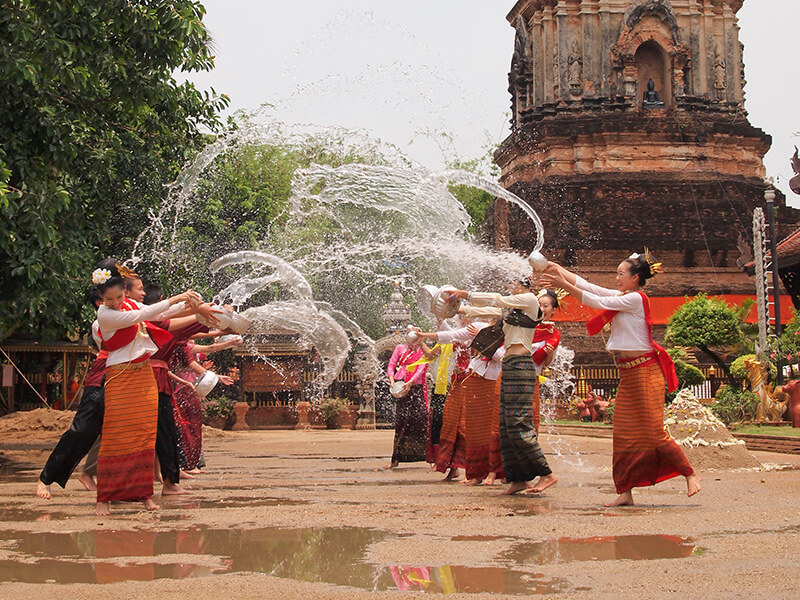 April continues to be dry and the heat rises throughout the month. There’s often a sea breeze when you are out and about and the a/c keeps you cool at the villa. The average daily high temperature in April is 32°C, lowering to around 26°C at night. Towards the end of the month, there could be a chance of rain, but a few cooling showers may come as a welcome break from the heat of the day. 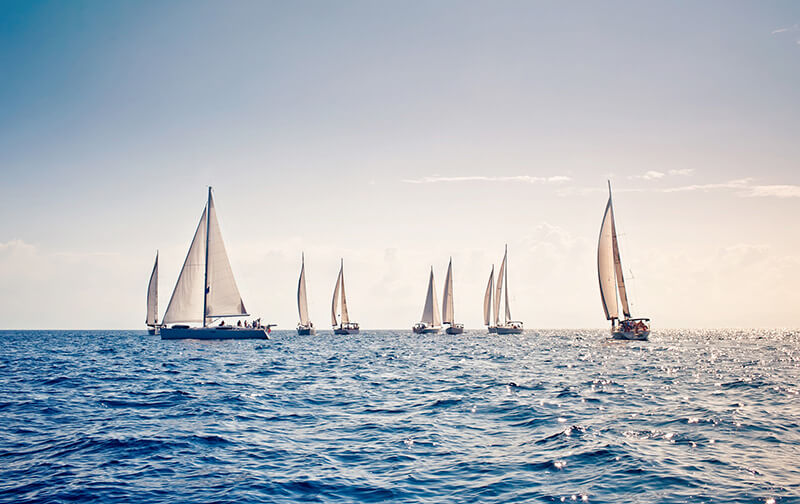 May generally brings the pleasantly warm weather with a few rainy hours often accompanied by thunderstorms. Fear not, they are generally over and done with fairly quickly. It’s still warm though, with an average daily high temperature of 32°C and cooling off to 26°C at night. It’s the beginning of the lower season so it does mean that if you are here at this time of the year, the tourist numbers will be less and you can enjoy some peaceful time on the island. 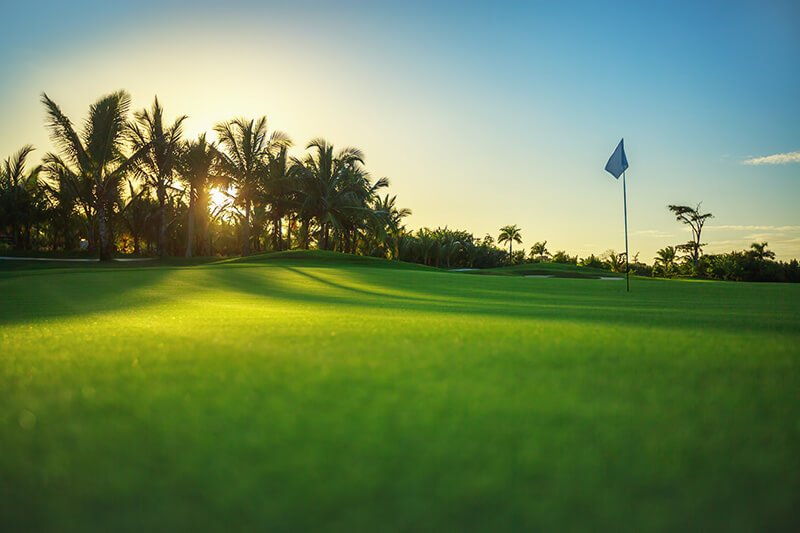 June is one of the hottest months of the year, with the average temperature in line with May – 33°C. Plenty of sunshine interspersed with a few rainy days – expect short, light showers. June 1st is the longest day of the year with a 5:59 am sunrise and the sun not setting till 6:37 pm, so plenty of time to enjoy the beach and explore. As with May, the tourist numbers are lower to make the most of having a lot of beaches and attractions to yourself.

Best Thing to do:

Hotting up in July

July continues to be hot but with the heat comes some cloudy days, which can be a bonus as the cloud offers some respite from the sun when you are busy exploring. The average July temperature is around 29 degrees Celsius and the sea is a bath-like 28°C! You could see some tropical weather with possible short thunderstorms and some light rain. This is also the month when the island starts filling up for the European summer holidays so expect to be sharing the island with lots of families.

August is again one of the busiest months in Samui. Families from all over the world reunite and meet in Thailand, escaping the crowded peak summer season in Europe. Great summer weather and long days make August one of the best months to visit with plenty of daylight hours and sunshine to explore and make the most of the island.  You can expect the odd rainy day but nothing that will affect your plans and beach time! 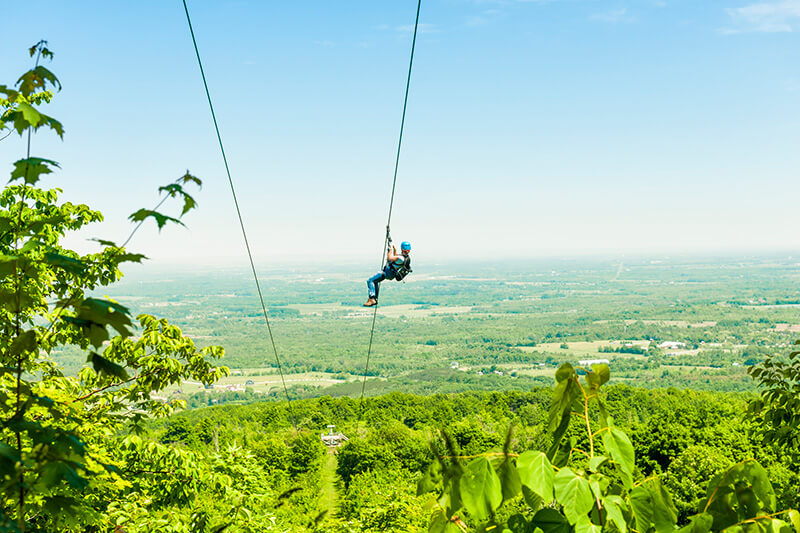 September weather can be changeable, but It remains warm and there are often long days of sunshine. Be aware, that there could be cloudy days and the rain will start to fall more often as the month reaches its end. The average temperature is around 28 degrees centigrade and the water temperature begins to drop making the sea cooler.  After the August rush, the island quietens down again and you get the beaches to yourself. 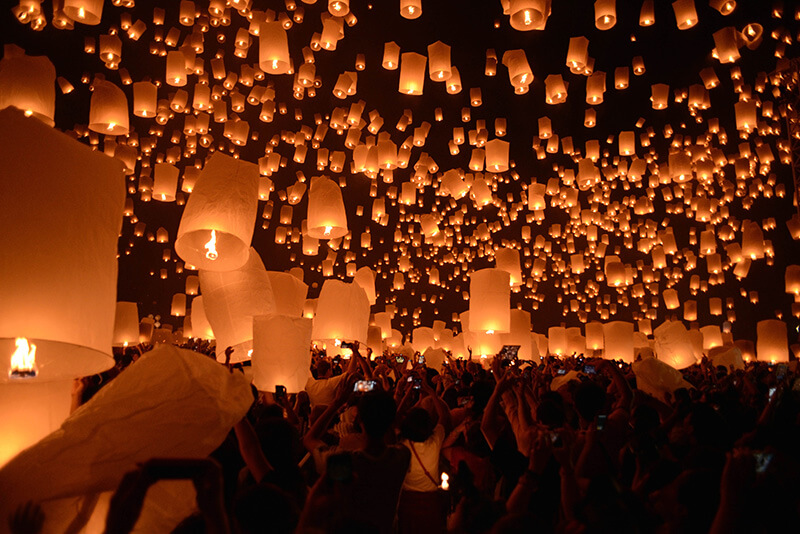 And then there’s November! Warm weather, some sunny days but it is usually the rainiest month on Koh Samui – rough seas are expected.  The average daily temperature is around 29°C with lows to 26°C so still warmer than Europe! Days can be cloudy with some sunshine breaking through occasionally. The beginning of the month tends to receive the most rainfall. If you aren’t a sun seeker and are looking for a relaxed holiday to catch up reading and movies and totally spoil yourself with pampering days, then November could suit you as it’s quiet and prices are substantially lower. Be aware that some restaurants, bars and tour companies may close for a few days.

December marks the beginning of the dry season in Koh Samui ready for the Christmas break. As we move through December the skies start to clear and we see an increase in the number of hours of sunshine. And there’s more good news – the average temperature is 27°C, with lows 24°C and comfortable sea temperatures, making it sunny but relatively cool – the perfect combination. Businesses are readying themselves for the festive season and Ang Thong marine park reopens as life on Koh Samui wakes up after the monsoon and the fun and action restarts. The only downside is that prices rise dramatically as it’s the beginning of the 3 months long peak season.

Get in touch with us!